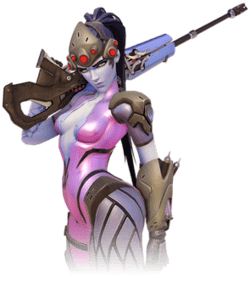 To master Overwatch you need to reach the latest season of Golden Guns galore. Instead of investing so much effort, time and money, it is better to buy Overwatch smurf accounts that are already into Golden Guns galore. Overwatch is all about making the right strategies to control your heroes, fulfilling the objectives, and achieving victory by taking down enemies. But, all of this is not just enough.

Overwatch is one of the adventurous video games of all times. It was released in May 2016 by Blizzard Entertainment. Currently, it has more than 40 million player base. Overwatch is successfully taking over the gamer base of other well-known games. It has also made into the category of E-sport by entering into numerous professional leagues such as Overwatch League by Blizzard, Overwatch Atlantic showdown by ESL, Overwatch Open by and many more.

If you are a smart player, you do not need to buy these loot boxes. Instead, it is better to invest the same money in getting a running account which has a lot of loot boxes gathered up and many levels crossed. It will help you match the pace of top Overwatch players efficiently. As mentioned, not only the higher levels but you can step directly into the Golden Guns galore by purchasing an Overwatch account that has already reached there.

High Rank Level from the start

As it is never too late to start any new thing, you do not need to worry about starting from the beginning. If you are a regular gamer, you will understand the basics very quickly. If not, starting with an already running account can help as it has more things and items to offer which helps you level up quick and easy.

So what are you waiting for? Sign up now and start looking for the Overwatch account which meets all your requirements. We promise you will get one instantly.

If you are an avid player you will surely have a number of Overwatch accounts running. As you are a pro gamer, it is not a difficult task for you to collect a lot of loot boxes and cross many levels in a single day. For a beginner, that’s difficult. That is why they are looking for the accounts which already have numerous resources and top levels.

Also, it won’t be difficult for you to create custom accounts. There might be some buyers looking for a professional and experienced gamers who can provide them with the custom account. While you are waiting for a new update, you can make one for them.

Moreover, Fragrr has a perfect opportunity for you to turn your passion into source of income. What’s better than earning out of something you love? Play as much as you want and then put it up for sale.

Fragrr suggests you to be a smart player and invest in the right place. This helps save your time, energy and savings. With Fragrr, you do not need to worry about any spams. Google has landed you on the most secure and safest site for account trading.

Also, being in the video game niche for a lot of years now, Fragrr has a rich experience and a clear idea regarding the frauds people face on the spam sites and lose their money. Fragrr has been developed to secure your interests and money as well as to maintain a trustworthy relation with its users and members. Once you are a part of Fragrr, your account security is our responsibility.

Fragrr has two systems specially designed for its buyers and sellers. One is the payment escrow system, which adds layers of security to your account. Whether you are a buyer or a seller, your client shares his experience in form of ratings and reviews. Any buyer looking for something you have to offer will definitely go through the reviews and ratings on your profile. Same is the case with sellers. Before making a deal, they will look up to your reviews to assess your attitude.

Easy to buy and sell

Furthermore, buying and selling is quite easy. Fragrr has lowest seller charges and no registration fee for sellers. For buyers, it makes sure that the order is delivered on the right time with clean and efficient transfer of payments. As our reputation matters a lot to us, customer care is our topmost priority. For this very reason, our customer support is 24/7 available for everyone.

So what’s left to think about? Sign up now and become a part of Fragrr community. Whether you would like to be a Fragrr buyer or a seller, we respect you alike.

The games in Overwatch are based in different locations around the world. Each game has a specific map with various objectives and features. These objectives must be fulfilled to win the game. Despite of different maps, some objectives are generally inclusive in each of them. These are Assault, Escort, Capture the Flag, Control, Deathmatch, Elimination and Team Deathmatch.

Many different game modes are offered which include Practice Range, Quick Play, Custom Game, Arcade and Competitive Play. Each comes with different set of rules and objectives.

The players are teamed up in 1v1, 3v3, 4v4 or 6v6 as per number of players in the game. Each player has to choose one out of the 30 heroes being offered by Overwatch currently. These heroes are then used tactfully to win the game and earn rewards.

At the end of each game, you level up, unlock many customization offers, and earn loot boxes and a lot more. These loot boxes help you in getting in-game resources such as cosmetic items. These can also be purchased with the real currency.

Thanks for subscribing! Please check your email for further instructions.