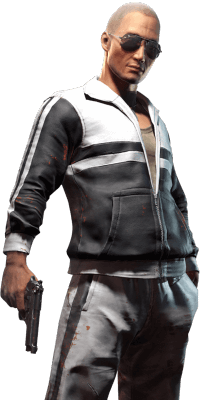 Are you new to PlayerUnknown’s BattleGrounds? No worries, Fragrr has the right solution for you. If you do not want to invest your time on grinding and want to start right from the top of the ladder, we have cheap PUBG accounts with the highest leaderboard ranks available for you.

Let’s take a look at what PUBG is all about. Then, you can decide better about the level of expertise of the PUBG account you want to buy. PlayerUnknown’s Battlegrounds (PUBG) is the most played and highly rated game of 2018 and 2019. It was released in 2017 and had 400 million concurrent players. The PUBG Corporation took the idea of the game from a 2000 Japanese film ‘Battle Royale,’ and so, the game mode became battle royale.

As you already know the number of gamers playing PUBG all around the world, you surely want to be the top one among them. At least, you will wish to be in the top 30% players if you are an enthusiastic gamer. So, why waste a lot of time getting up to higher levels when you can make a smart move and buy a PUBG account pre-loaded with all the weapons and good stats? That’s the reason Fragrr is the best place for you.

Fragrr has some top wanted PUBG accounts for PS4, PC, Mobile and Xbox One in store for you. You will be happy to do this efficient investment when you will not have to worry about maintaining high statistics.

Fragrr has brought a shining opportunity for you if you are an avid PUBG player and want to earn something out of it. Want to turn your passion into source of income? Fragrr is the right place for you.

If you have many PUBG accounts, each with the highest ranks and master weapons, you can put them for sale at Fragrr. There are many beginners or the players who want to buy PUBG accounts for better performance and a next step start. Make sure your accounts have all their requirements completed. If not, you can play the game more to include all these requirements and then sell the account.

As you are an expert gamer, it takes you less time to figure out the ways and tricks for winning. If you do not want someone else to learn your tricks, you can sell your accounts instead.

Also, Fragrr is the best choice as this platform is developed to help the sellers save from fraudulent. There are so many online sites where you neither get payment nor your account back. Fragrr has developed a PlayerGuardian system that help save sellers from anyone phishing into their accounts.

Apart from a good security system, Fragrr has brought a safe buyers/seller system. Through this, the seller gets rating and reviews from its buyers.

Whenever a buyer makes a purchase, he writes down his experience in form of review. This helps sellers maintain a good profile so trust can be better developed among buyers looking for PUBG accounts. Better the ratings, more the buyers.

So, what are you waiting for? Sign up now and put your PUBG accounts on sale at Fragrr and get instant buyers.

PUBG is online multiplayer game and is available for PS4, Xbox, Pc, and even on Android and iOS as mobile app. This has brought more and more players into PUBG. In the game, you fight with 100 players in the battleground. Each player lands on the ground with the help of a parachute. The game has a specific map which shrinks over time. The player needs to be in the safe zone as quick as possible otherwise, he is eliminated. To win the game, you need to be the last one standing in the battleground.

Also, there are many more version, modes and updates to come in PUBG. Being a new game released only over a year ago, the developers are working on new ideas of versions and releases. You will surely want to start right at the top of any new release whenever it is launched. For that, you need to already complete the last one. If you keep playing on your own, that is going to take a lot of time and effort. To match the pace, buying a PUBG account is the best option.

PUBG has three playing modes for you. Whether you are a single player, in pairs or in a team of four members. If you are in a team, you will win only if the last person standing is your team member. However, all the players get rewards at the end of the game according to their performance in form of in-game currency. It can be used to buy weapons and cosmetic items.

The map is full of various buildings. The buildings have hidden supplies, weapons and all the equipment you need to fight and win the game. As the size of map decreases over time, you have a good opportunity to attack as many enemies as you can. On the other side, there is an increased risk of getting yourself attacked. But if you are a good gamer, you know how to protect yourself.

Also at Fragrr, we have PUBG accounts with loads of equipment and cosmetic items which will help save you from being attacked and eliminated. Instead of wasting your time and effort into something already mastered by millions of players, it is better to stay ready for the upcoming thing.

So, buy a PUBG account and keep practicing. Practicing will perfect your skills. You can make the most out of a PUBG account when you know healthy tricks and acquire some good skills. Do not rely solely on the account you bought. You need to get your head in the game for further wins.