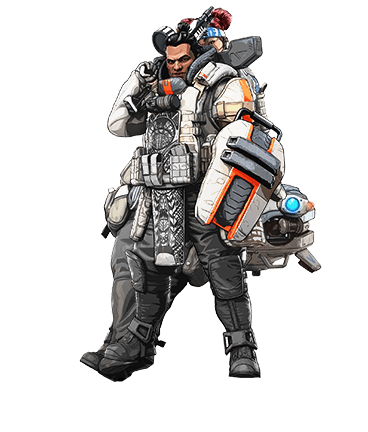 Fragrr is a well-reputed and well-known marketplace platform if you need to buy cheap Apex Legends accounts for PS4, Xbox One and PC. Instead of investing your time, efforts and real currency in getting the levels done and collecting tokens, metals, and characters, it is better to buy an account. It will help you in matching the place of the top players quickly and efficiently.

We, at Fragrr, have experienced and pro gamers who have best Apex Legends accounts in store for you. Fragrr is the easiest and most convenient platform to navigate and find the account that matches perfectly to your requirements. Also, Fragrr is a player-to-player interaction site. You will be directly connected to millions of video games accounts sellers.

On our part, we make sure that your accounts are secured, the payments are clean and efficient and there’s no chance for any spam. So what are you waiting for? Sign up now and buy and Apex Legends account to get on the track immediately.

Buy or Sell Apex Accounts on our Marketplace

As mentioned, Fragrr is a player-to-player interaction platform, it is the professional and pro gamers that offer running gaming accounts for sale. If you are an esport expert and are a pro at Apex Legends, you must have some Apex Legends accounts running.

As the video games lovers are quite enthusiastic about their games and collections, your accounts must have all the characters unlocked and thousands of Metals and Tokens collected. That’s exactly the thing that buyers need. So sign up now and put up your accounts for sale at Fragrr!

After all it is not bad to have some dollars collected, right? With Fragrr, selling is easy. The seller charges are very low with free registration.

We are looking forward to have some professional gamers as our sellers so they can deal with the newbies and other buyers in the best possible manner. If you are an experienced and professional person, we will be proud to have you.

Moreover, Fragrr is a scam-free site. Fragrr maintains the security of its members through an escrow system that adds layers of protection to your account. What the seller has to do is put up his offers and deals and maintain a favorable online profile.

As each buyer shares his experience with the seller in the form of ratings and reviews, other buyers go through them to assess your attitude and offers. More positive the reviews, more the number of clients. So what are you waiting for? Sign up now and become a part of Fragrr community!

Fragrr has Apex Legends accounts for you even after a month of its release. Our professional and experienced pro-gamers have quite some accounts in store for you if you do not want to start from the scratch.

Apex Legends is one of the most played games of 2019 since its release in February, 2019 for MS Windows, PS4 and Xbox One. Interestingly, it combines two genres: Battle Royale and First-person Shooter. Apex Legends was a big surprise for video games lovers as the game had no announcement and was directly released.

Let’s dive into the gameplay of Apex Legends to get to know it’s interesting and attractive features for the players worldwide.

The two-in-one genre makes Apex Legends most fascinating. The combined concept of Battle Royale and First-person Shooter has been the center of attraction since the release. Also, it differs from other Battle Royale games due to its unique and different characters and heroes. All the characters in Apex Legends have some specific abilities of Offense, Defense, Support and Recon to play the role to its best.

There are a total of 60 players and 20 teams in the battlefield. A group of three players make one team. The game has a map which helps players find the hidden resources and weapons to survive and fight against the opponents. Players are free to choose drop locations on the map. As the map shrinks over time the players need to stay inside the safe zone, otherwise they are eliminated.

Continuous fighting and an early win needs good strategy and coordination among the team players. The last team standing in the battlefield becomes the winner.

Apex Legends characters have unique skills and qualities. The eight characters of the game are:

Caustic and mirage are the locked players and can be unlocked with the in-game currency.